News/Events
You are here: Home / News/Events / Blog / Week 1, Volunteering in the Philippines 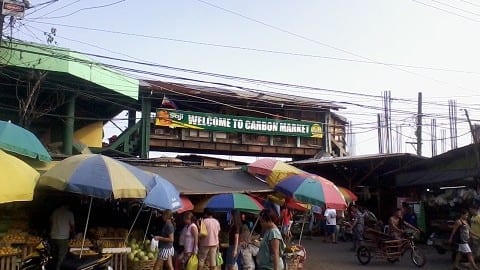 We arrived by plane into Cebu and from there we proceeded by bus to the holy family retreat house. It was like stepping into another planet, the city being completely alien to me. It was my first time being outside of Europe. My first thought was the smell, not a bad smell, but different. I also noticed how the people here all seemed to be outside on the streets, and not in their homes, in comparison to Cork City, where the pedestrians seem to be always in a determined to get somewhere. Here however, people just hang out and socialise on the street and those who are moving seem to be in no rush. I thought about this for a while, but then I realised after talking to the group leader William, that these people had little at home to go to and that most people here live in one roomed houses with their families. They could not simply go home to watch the World Cup like we can at home. That evening after getting settled in, we went to JY square to pick up some essential supplies. The most obscure thing was the amount of security present. We were frisked going into the mall and the girls had their bags searched. Most big shops had around 2 – 3 security guards, I then realised that theft was a problem here. That being said, I noticed the honesty of the locals here and the faith they have in their fellow man. I observed this on the Jeepney. They use Jeepneys here instead of buses for public transport, which are out of service USA military trucks. Those at the end of the Jeepney when getting off would simply pass their change along the bench amongst strangers until the change reached the driver. It took a few moments for the change to get passed up and often the fare payer would be long gone by the time the driver got payment. I am still finding it hard to comprehend how this system does not get abused especially after witnessing the security here. Maybe I shall soon find out. Tomorrow we are to visit the Badjao Tribe.

Our destination today was the Badjao Tribe, about an hour from the Holy Family Retreat House. The last street leading up to their community was very narrow and looked impossible to fit a bus through. Our driver, Caesar, however had no problem manoeuvring through the street. The area seemed grim with everyone living there being out on the street, with poorly clothed kids running around. We then reached the entrance to where the Badjao lived, one Badjao shouted “welcome to the Badjao Community!” There was a very noticeable border between where the Cebuano lived and the home of the Badjao. There seemed to be no contact whatsoever between the two ethnic groups. It seemed the Badjao were completely cut off and isolated. I was then told that they were ignored by the government and have no birth certificates. We entered the Tribes Community and were greeted with numerous children, all with smiles so wide. Two children hopped on the back of the bus peering through as we drove through shouting “hello”” to us.

Once we got off the bus a large bunch of kids approached us shouting in excitement. It only took several seconds for me to make a new friend, a boy named Dexter. The kids were all extremely friendly and playful. We then entered their school where we played games designed to learn each other’s names and make friends. The children were not shy and were very easy to talk to. We were then led into groups. I was grouped with about 7-8 teenagers.

We were then brought outside and the shown around the village and construction sites by a Cebuano man named Joey.  He showed us the press where the bricks were made and the houses were still under construction. My first experience of the tribe was amazing and I was sad leaving them even though I was going back in two days. These people were extremely happy but clearly had very little, next to nothing. Everybody had a smile on their face and greeted me as I passed. It got me thinking about the silly things I complain about at home. I never met such a group of delightful friendly people!

A Day in the Life of a SERVE volunteer in Mozambique