Days go by swiftly at Morning Star, racing along with predictable similarities. Yet they are filled with dynamic moments which set them apart and leave lasting memories. Evidence to validate this contradiction is ubiquitous from the smiles on the faces of those who know little expression, to the endless handshakes and greetings wholeheartedly offered by everyone present. But what makes Morning Star unique is a burning desire for life and an indefatigable energy racing through the pulses of everybody within the home.

Here everyone is equal. The boys and adults with disabilities are treated with the same respect and dignity as those who are able bodied. I know this should not come as a revelation to those of us in the developed world but here in India finding egalitarianism between both sets of individuals can be difficult but it is slowly improving. It appears disability in India preordains one to the lower tier in society and to ultimate poverty, hardship and a much lower rate of life expectancy.

Morning Star is home to 86 individuals, of which about 40 live with some disability or in some cases multiple disabilities. It was founded some 25 years ago by John and Joy, two men who were guided by the innate kindness in their hearts to give help and home to those who had fallen under society’s radar. In my time here I observed an astonishing level of care, affection and commitment between the carers and those who are cared for.  Most of the carers in Morning Star are peers who also reside in the home and go about their daily routine with precision and empathic understanding. Washing, dressing and feeding are done sensitively and orderly.

There are many positives to take from Morning Star. However, there are certainly areas that lag behind when compared to the contemporary society. Many of the children living with disabilities are but merely surviving. They are cared for, fed, and have comfortable accommodation but there are no resources to better their lives such as for example; physiotherapy, speech and language therapists and occupational therapists. Several of the children are confined to beds but have a wide range of movement in their limbs. I can’t help but wonder what early intervention would have garnered for some of them. They could possibly be walking or have developed basic language skills.  I feel their life quality could have been improved immensely. It must be noted that the backgrounds of those in Morning Star differ considerably and the type of help and intervention I talk about would not have been possible in many cases and the blame for this most certainly does not lie with Morning star.

Conversely, the term contemporary society is relevant to time and place and it’s clear that without the availability of economic resources or indeed unequal distribution of such resources, there will inevitably be a loser and quite often that loser is the one with the smallest voice and not the biggest heart. Morning Star being the latter! 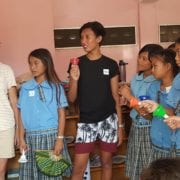 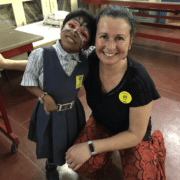 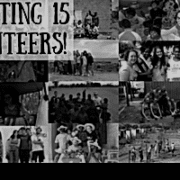 Volunteering and the SDP (South Africa)
Scroll to top